The best places to live in Texas

Texas is the second greatest state in the USA, both in size and population. It is located in the South Central part of the country. If you are looking for a state with a strong economy and an affordable cost of living, this might be the best option for you. If you look beyond the financial aspect, you will see that Texas has so much more to offer. You’ll be amazed by the cultural attractions and natural wonders. Once you taste some of the local specialties, you will never be able to forget them. Some of the fastest-growing cities are here, so let’s take a look at the best places to live in Texas.

Austin – the political capital of Texas

Austin is one of the most exciting cities in America. It is famous for its vibrant music scene and well-known culinary specialties. The city is home to around one million people, while its metro area has a population of 2 million people.

Lately, Austin is becoming more and more attractive to people searching for job opportunities in the field of technology. If you are thinking of moving your business somewhere easy and fast, Austin just might be the place for you. The average income in Austin is bigger than the national average, which is also a benefit attracting many people to move to the capital of Texas. Austin is very popular with people searching for job opportunities

When it comes to real estate in Austin, you should know that houses are bigger than average here, so be prepared for it. However, that doesn’t necessarily mean that you will have to pay higher rent or mortgage for the extra square footage you are getting here. You might be surprised by the slightly lower costs of living than you would expect to have in a capital city like this one.

Dallas is located in the North of the state. Around 1.35 million people live in the city that is considered to be the cultural and commercial capital of Texas. Many people, in fact, some 300,000 of them choose Dallas for their relocation destination every year. If you are thinking of doing the same thing you should know that Frisco has reliable and punctual movers who are always there to help.

There are more cultural events and happenings in Dallas than one could visit. Starting from film festivals and theatre premiers, we could make a never-ending list of activities. The real estate market in Dallas is growing by the day

You would probably like to know more about the real estate market in Dallas. Well, the prices of properties here grow as the population grows. So, they are a little bit above the national average. On the other hand – so are the paychecks! Many huge corporations have decided to move to Dallas, or at least somewhere within its metro area. That contributes to the average income rates.

AS you can see, Dallas has a great job market for you, especially for those who like working in big companies. If you decide to relocate to a place that is not exactly the downtown, but is within the Dallas metro area, bear in mind that there are moving professionals who offer relocation that is stress-free in Carrollton.

Houston – the most populous one

Houston is the most populous city in Texas. The estimated number of people living there is around 2.33 million. There are many things Huston is famous for, so the reasons for your relocation can be various. Even though the extreme weather changes seem to be the reason number one for not moving to Houston, there are still many reasons in favor of the relocation. Here are some of the reasons why people move here: San Antonio – one of the best places to live in Texas

The city of San Antonio has 1.5 million residents which makes it the second-most populous city in Texas. Before you decide to move here, you should check some basic info about the city. Not doing so is one of the typical moving mistakes that people make.

The first thing you should know about the city is that the average costs of living here are just a bit under those of Austin or Dallas. As a matter of fact, living in San Antonio is 14% cheaper than the national average.

People who live in San Antonio are diverse and rather friendly, while the average citizen is 34 years old.

Public transportation is not something that the residents are most proud of. There is no subway system, so the traffic can get very heavy during rush hours. On the other hand, San Antonio is more walkable than many other cities in Texas. Plus, there is a bicycle sharing program that is very popular in the city.

These were just some of the best places to live in Texas. We have focused on metropolitan areas more than the countrysides because more people tend to relocate to cities nowadays. Hopefully, you will find these facts useful if you are thinking of relocation. 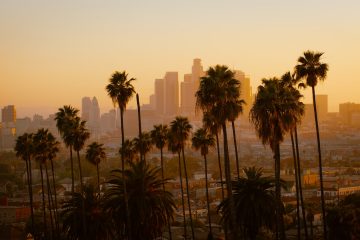 Convincing reasons to expand your Seattle based business to Los Angeles

After some time of running your own business, it is time to grow even more. And there is no better way to grow a business than to expand it to a new location. Usually, that Read more… 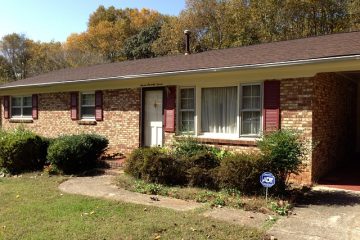 Nowadays, many people choose to relocate to Oklahoma. This is particularly true for those with children who are usually interested in family-friendly neighborhoods in Oklahoma City. There are many neighborhoods and suburbs with everything that Read more… 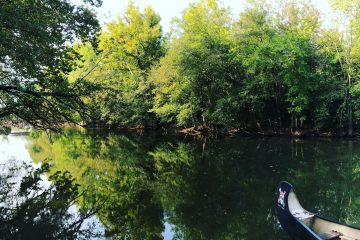 Maryland has something to offer for everyone, but nature lovers are particularly lucky. While there are certainly urban areas to choose from, the best places in Maryland for nature lovers are usually away from the Read more…